March 2019 – Journal of Contemporary History published an early online version of CRS director Onur İşçi’s article, “The Massigli Affair and its Context: Turkish Foreign Policy after the Molotov–Ribbentrop Pact.” In the article, Onur addresses the nature of Soviet-Turkish friendship in the 1920s-1930s and why good relations turned to hostility during the first phase of the Second World War. Here, Onur describes the argument:

“In 1919, a new international order emerged in Paris together with the assembling of a counter-coalition between two historic enemies. Although they were a mental world apart, Turkey and the Soviet Union converged in opposition to what both parties saw as Western imperialism and left behind centuries of warfare between their Ottoman and Tsarist predecessors. For nearly two decades, Ankara and Moscow forged a space for bilateral cooperation across the Black Sea, and, despite geopolitical hindrances, maintained a friendship that lasted until 1939.

Given the ideological differences between Kemalism and Bolshevism, many historians have seen the interwar relationship between Turkey and the USSR as a Bismarckian marriage, overlooking its more significant anti-imperialist framework. In this article, I argue that it was the Soviet rapprochement with Nazi Germany, and hence an acceptance of the aggressive revisionism that Turkey feared, which challenged the very logic of this relationship. This is more than a question of chronological order. As the Molotov–Ribbentrop Pact and the ensuing disarray decisively put an end to any Turkish belief in the novelty of the Bolshevik regime, Ankara began to look at Moscow through the lens of history and respond in terms of an older realpolitik. I demonstrate how Nazi propaganda played a significant role in that process.

Between 1939 and Hitler’s unleashing of Operation Barbarossa in 1941, the Third Reich attempted to cultivate Turkey’s historic fear of Russia, which had a new, distinctly anti-Soviet hue. Juxtaposing different archival documents, in Turkish, Russian and German, I looked at a forgotten episode of World War II – the Massigli Affair – to illustrate both the breadth and limits of Nazi Germany’s sweeping efforts to orchestrate anti-Soviet propaganda in Turkey; efforts that helped end interwar Soviet-Turkish cooperation.” 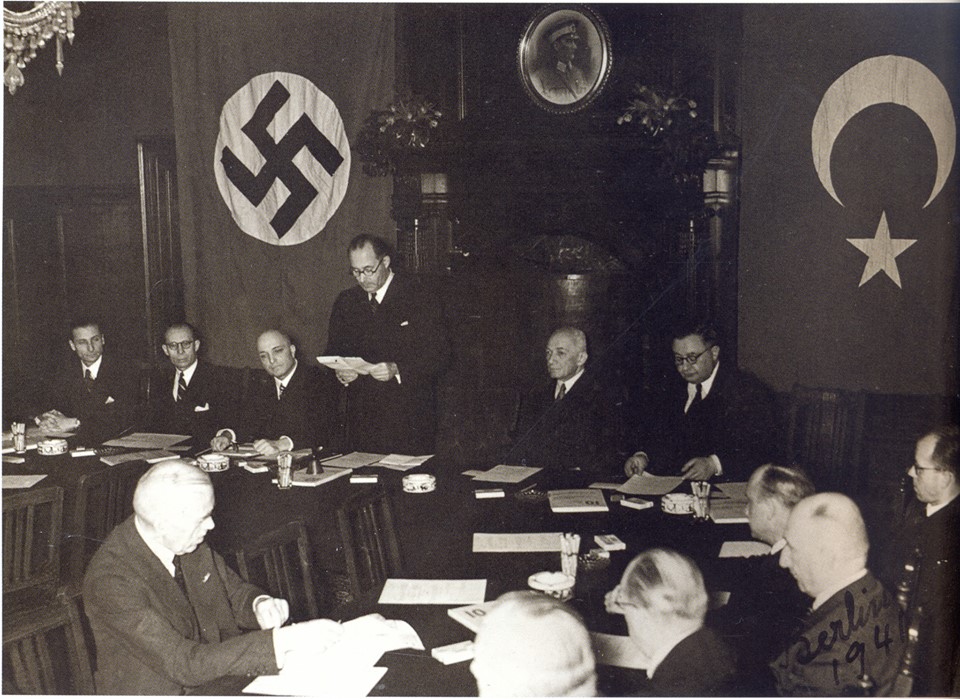