20 May – Journalist Murat Yetkin visited CRS and delivered a talk (in Turkish) titled “Turkey and the New Cold War.” Mr. Yetkin has written several books on espionage and began his talk with intelligence stories that emphasized Turkey’s entanglement in the complexities of the first Cold War. Mr. Yetkin went on to reflect on Turkey’s current international commitments and at the end of the event spoke directly about the Turkish government’s attempt to acquire Russian s-400s. 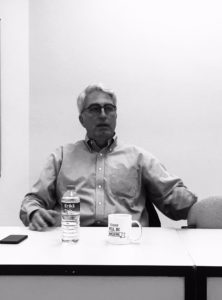