18 October 2021 – In the second GMES seminar this year, we will host Michael Reynolds and Alp Yenen, who will each present new research on the formation of the modern Middle East during the Ottoman Empire’s collapse and the establishment of post-Ottoman states. Both scholars are currently working on the Young Turks: Reynolds is finishing a biography of Enver Pasha that explores the life of this controversial figure through to his pursuit of anti-imperialism in Central Asia and Yenen is completing a manuscript on the international history of Young Turk networks and Muslim revolutionary movements in the aftermath of the First World War. Their approaches are an excellent fit for our series because they focus on the international connections of individuals who were important figures not only in Ottoman politics but also in the shaping of the broader international reaction to the global order that emerged after World War I. 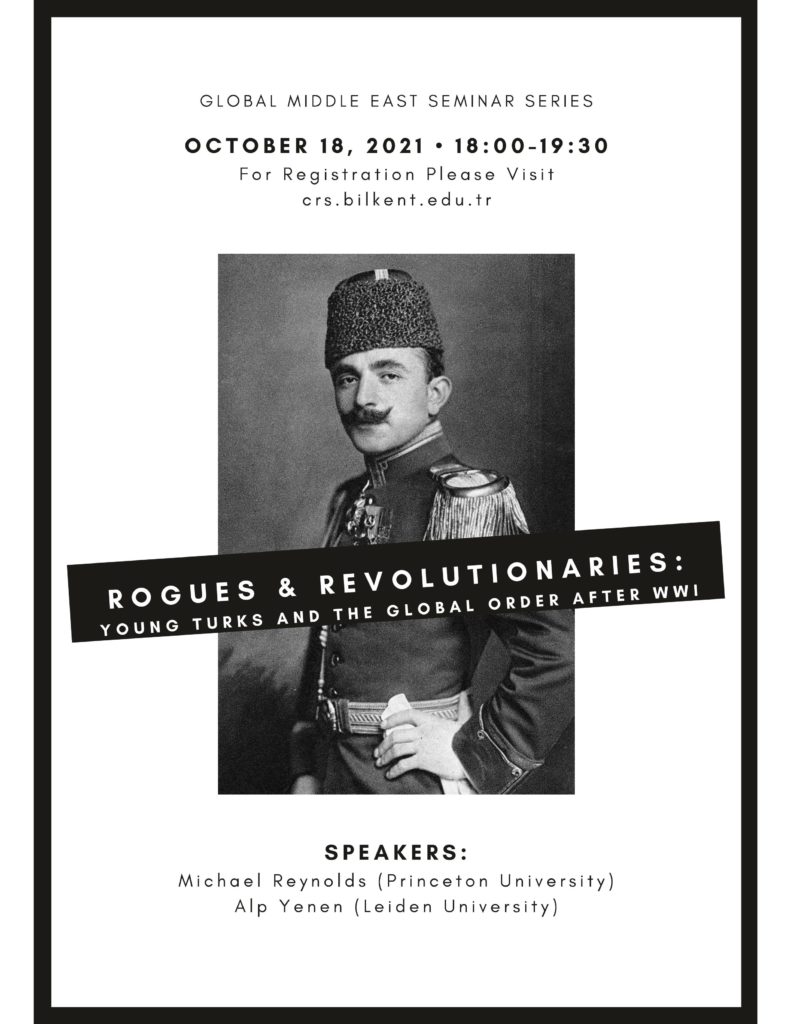